Download SAMEER app to find out about polluted areas, Javadekar appeals to people 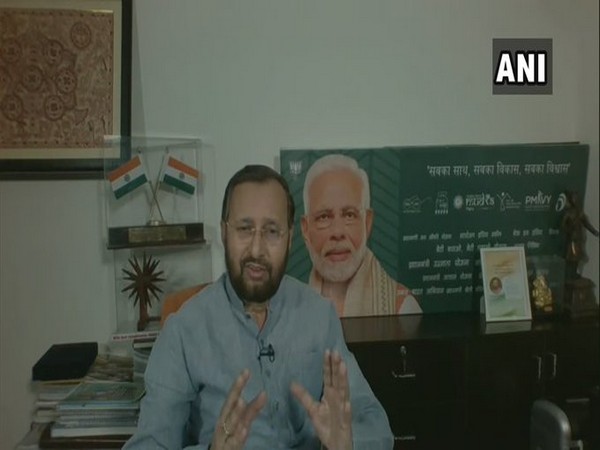 New Delhi [India], October 18 (ANI): Union Environment Minister Prakash Javadekar on Sunday appealed to people to download the SAMEER app for getting information about polluted areas in different cities.In his Facebook live session, Javadekar said, I appeal to everyone to download the app SAMEER. It will give you complete information about the polluted areas in various cities across the country. It identifies areas having heavy pollution with a red mark.He also encouraged people to use public transport or e-vehicles as he himself use electric vehicle. Presently, over two lakh e-vehicles are being used in our country. E-vehicles are becoming popular in India and we should use them or we should use public transport. I myself use an e-vehicle, Javadekar said.Elaborating on steps taken by the Centre to reduce the pollution level he said that around 60-70 thermal power plant causing pollution will be phased out in two years.The government has introduced BS-VI fuel in order to reduce pollution level around 25-60 per cent. The government has also run a plan to phase out thermal power plant causing pollution in Delhi and around 60-70 plants will be closed in two years, Javadekar said.He said the major factors behind air pollution in the country are traffic, industries, waste, dust, stubble, geography and meteorology.The pollution problem cannot be resolved in one day. Continuous efforts are needed to tackle each contributing factor, he added.The minister informed the Facebook audience about the steps the Central government has taken to combat air pollution effectively.The number of good air days has increased to 218 in 2020 against 106 in 2016, and number of poor quality air days decreased to 56 in 2020 against 156 in 2016 during January 1 to September 30.The minister said operationalization of Eastern and Western Peripheral Expressway has eased congestion by diverting traffic from Delhi.Javadekar said that Metro expansion has helped a lot to reduce congestion and pollution. Metro expanded with more stations and coaches avoiding pollution from 5 lakh vehicles.The minister highlighted the.
Download SAMEER app to find out about polluted areas, Javadekar appeals to people. This article is published at 18 October 2020 10:43 from Sify India News and Top Stories, click on the read full article link below to see further details.


Must See
RanveerSingh and RohitShetty's Next Film titled Cirkus