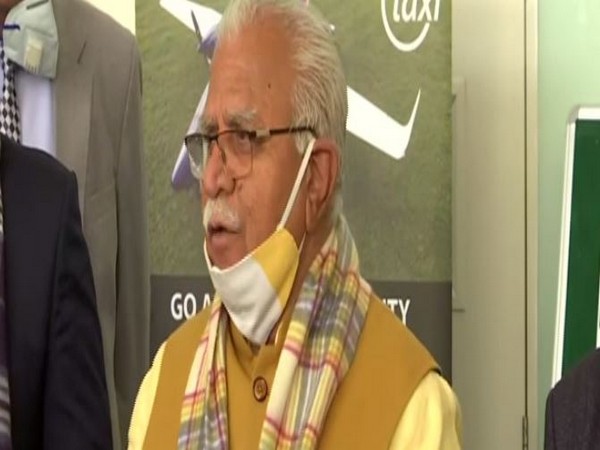 Chandigarh (Haryana) [India], January 14 (ANI): Haryana Chief Minister Manohar Lal Khattar inaugurated air taxi services from Chandigarh to Hisar under the UDAN scheme of the Central Government on Thursday.Khattar also informed that air services would also start from Hisar to Dehradun in the second phase, while in the third phase two more routes will be added.For the first time in the country, a small aircraft in the form of an air taxi is being used for services, the CM said while speaking to reporters.He added, In the second phase, services for Hisar to Dehradun will be started on January 18. In the third phase, two more routes from Chandigarh to Dehradun and Hisar to Dharamshala will be added on January 23. The company also plans to include Shimla, Kullu, and more Haryana routes.Khattar further said that run by a private company, these air taxis will be four-seaters and have a speed limit of 250 km/hour.I congratulate the state as well as the rest of the country for the start of this air taxi. Air taxis are popular in other countries. Fares of these air taxis are also not that costly. If we got to Hisar from Chandigarh, the normal fare for a person in the Volvo bus is Rs 700. Here, a passenger will have to spend Rs 1,755, he added. (ANI).
Haryana CM inaugurates air taxi services from Chandigarh to Hisar. This article is published at 14 January 2021 04:37 from Sify India News and Top Stories, click on the read full article link below to see further details.